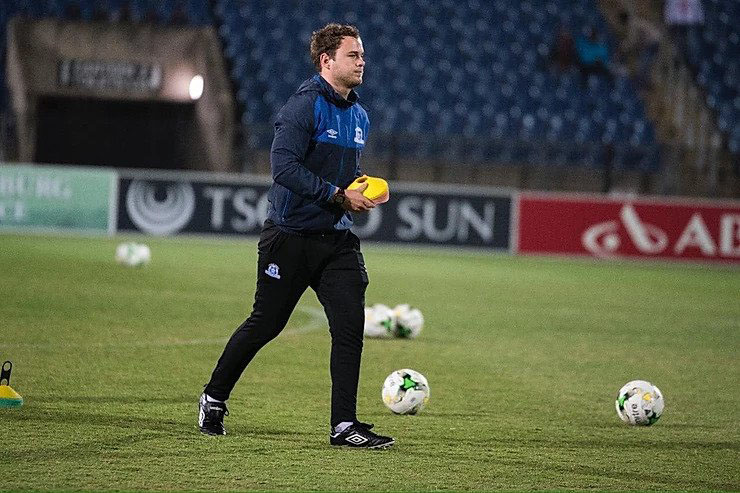 It is well established that hamstring muscle strains are prevalent in football and demonstrate high risk of reoccurrence. [1] The burden of hamstring strains is responsible for a number missed training sessions and matches during the football season. Injury rates and player availability have been directly linked to team performance and end of season standings. [2] Reduction of time loss and prevention of reoccurrence of hamstring injuries should thus be a priority of the team clinician. [1]

It is strange then, to consider the lack of robust scientific research on return to play (RTP) criteria on the most common soft tissue injury in the world’s most popular sport. Decades of research exploring the management and prevention of acute hamstring strains has only minimally reduced the impact of these injuries. [1, 2]

While RTP is considered in conjunction with final phase rehabilitation, elements of RTP present themselves early in the management of the athlete. For example, coaches require accurate prognostic timeframes of when a player is likely to be available for selection. [3,4] For this purpose, it is common practice for players to be routinely sent for MRI investigations after hamstring injury, however the benefit of imaging in predicting time till RTP and clearing for RTP remains unclear. [3,4] Considering the high cost, it is important to determine the role of MRI investigations in the management of acute hamstring strains.

This lack of concrete, scientific recommendations highlights the need for continued discussion and debate among sports medical practitioners, and the formulation of practical, evidence-based, return to play guidelines for use in the clinical setting. [2] How should the football team clinician base their RTP decisions considering this lack of evidence? Who is ultimately responsible for the final RTP go-ahead? And does the available evidence advocate for the use of MRI and other imaging after hamstring strain?

A recent Delphi study by van de Horst et. al. aimed to inform clinical practice by providing expert consensus on these matters in the light of absence of available research. The study, consisting of 58 experts in the of field hamstring injury management from 28 FIFA Medical Centres of excellence around the world, defined RTP as ‘the moment the player has received the criteria-based medical clearance and is mentally ready for full availability for match selection and/or full training’. [2] The authors believe that an accepted RTP definition will improve research congruency in the area and will eventually allow for evidence based recommendations.

While the consensus definition provides uniformity with regards to RTP reporting by using a standardised point in time i.e. the moment when the player as fully available for match selection and or full training, it is not without fault. The definition itself is based upon ‘criteria-based medical clearance’ after hamstring strain, however sports specific RTP test batteries are yet to be established. [1,2,3]

Regarding criteria to support the RTP decision, the expert panel reached consensus that the following be included: medical staff clearance, no pain during strength and flexibility testing, no pain during or after functional testing, similar hamstring flexibility, performance on field testing and psychological readiness. [2]

The recommended criteria are broad and unspecific, however most of the topical aspects of RTP are addressed. The absence of pain as a criterion for RTP should be used with caution. Pain is a complex construct and not an objective measure of tissue pathology. While the pain-free status of the hamstring during testing may be a good indication of the athlete’s subjective physical readiness caution should be exercised when interpreting these results.

It is worth noting that muscle strength testing values and ratios are not considered in the RTP criteria and performance on field tests take precedence over strength testing alone. Due to its high reliability and validity, isokinetic testing has been considered the gold-standard of muscle testing, however the use of strength and strength ratios to predict hamstring injury remain unfounded. [1,5] ‘Strength measurements are not functional, asymmetries are normal, and that too many factors influence the measurement of strength, so that reliable measure­ments are not possible’. [2]

The study did not include MRI as a criterion for RTP after hamstring strain and this is supported by recent evidence. [3,4] The grade and area of hamstring strain on MRI show small correlation and minimal predictive value of RTP in elite football. [4]

A shared decision-making process involving various team stakeholders was preferred to any one member of the medical team having absolute authority. The athlete, coach, sport physician, physiotherapist and fitness trainer should all provide input and a group decision be reached prior to the player being cleared for participation/competition. [2] The study urges teams with limited medical staff to still consider the multi-disciplinary nature of the RTP decision. The views from the different stakeholders should be considered with the best interests of the athlete in mind. [2] Duty of care reminds us that our primary responsibility is to the athlete, we should resist the outside pressures of competing agendas and place the needs of the athlete first.

Clinicians are almost certain to encounter a hamstring strain at some point in the football season. In the light of recent evidence, medical practitioners should avoid the practice of routine MRI for prediction of estimated return to play and instead focus on more relevant clinical testing. [3,4] Experts suggest that no pain should be reported during strength, flexibility and functional testing before considering RTP. [2] However the absence of pain should be interpreted with caution and in accordance with pain theory. Functional and performance on-field testing appears to be superior in determining RTP readiness than isokinetic testing alone however a RTP battery of tests is still required to improve RTP decision making and decrease recurrence rates. [1,2,5]

While experts’ opinions are considered a low level of evidence, the recommendations set out by the Delphi study provide a solid platform for RTP reporting as well as form the basis for future research. We may still be some distance away from accurately identifying risk factors to predict hamstring injury and reoccurrence, [1] however the formulation of a standardised evidence based RTP battery of tests would improve the general standard of RTP management and decision making. [2]

*Andrew is currently the head physio at Maritzburg United football club, playing in the South African Premier Soccer League. He is also a big Liverpool FC fan, and is known to be a towering center back on Sundays for his beloved “Striped Cats United”.

A talented clinician and masters candidate – Andrew is completing his dissertation on coaching attitudes and practices in prescribing training loads to athletes.