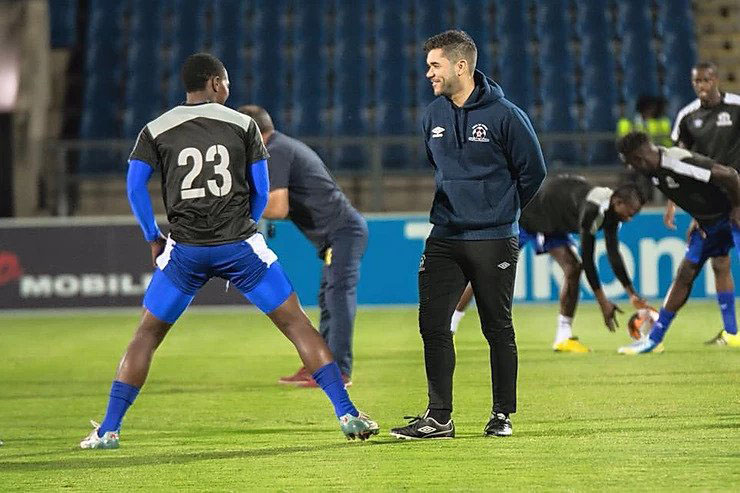 In the modern era of sports, teams and team sport clinicians are always searching for interventions that may positively influence individual or team performances to achieve optimal results. One variable that has been in the spotlight in recent years has been predicting injuries in sport and specifically, preventing injury through the screening of athletes.

In 2016 Professor Roald Bahr published “Why screening tests to predict injury do not work – and probably never will” which created a stir in the sport and exercise medicine field prompting several, published response letters. The central thesis in this critical review is that, to date, there is no known test that can predict occurrence of an injury, no matter how strong the association may be. There is a need to deconstruct association and prediction as constructs, to better appraise this point of view.

The confusion around these two concepts is illustrated by performing database searches for ‘performance AND prediction’; ‘talent AND prediction’ and ‘injury AND prediction’ respectively [2] – it was found that only 23%, 10% and 35% of the respective studies found, reported using statistical modelling demonstrating predictive analysis, while the remaining used statistics that were linked to association. If there is an uncertainty of these terms in current literature, it gives us context as to what may be happening in practice.

Association or risk factors are generally studied in large populations to ascertain if a marker is associated with an outcome. A misinterpretation comes in when the association is seen in a large population, then generalized to individuals. While there is an element of prediction in the classification of athletes by clinicians when screening, we should be aware that their appropriateness both relies on the sensitivity and specificity of the screening tool as well as accuracy in the cut-off metrics to separate risk categories.

True-Positives (sensitivity), and False-Positives (specificity) can be used to aid our decision-making process. In the spectrum of Periodic health examinations for example, when screening for cardiovascular disease, the test should have a low number of False-Positives observed, to avoid flagging non-cardiovascular subjects as this would waste further investigative resources. With regards to musculoskeletal screening on an individual basis, the same thinking applies – in the example of isokinetic testing of quadriceps and hamstring strength, deficits in predicting hamstring strains in elite soccer [4] – the authors reveal that through a 4-year cohort study, they identified a statistically significant association between the deficit and hamstring strains, but when they applied more appropriate predictive statistical analysis, receiver operative curve showed that the predictive value of isokinetic testing in hamstring strains is no more accurate than a coin toss. The authors conclude that strength deficits measured by isokinetic testing to predict hamstring injury is unsupported. Further consideration needs to be given to critical issues around screening athletes.

The ability to flag athletes into injury risk categories may be aimed at making medical management easier, but with the variation in association between certain measures and injuries, clinicians must be aware of accuracy of the screening tool as well as its sensitivity to cut off metrics before grouping or excluding athletes from selection, or participation due to injury risk.

A primary concern when excluding or limiting participation based on screening is the effect it has in on the athlete, coach and clinician relationship. It may occur that regardless of the screening recommendation, the coach may select the athlete for training or for matches. The athlete may then go on to participate without any subsequent major injuries occurring. Based on a misinterpretation of the validity of the screening tool, the clinician may lose the trust of the coach or athlete in future and ultimately, the science loses credibility. The financial and career implications for the professional athlete also need to be considered, as missed matches can have implications on selection for national teams and loss of form or confidence.

It is also important to remember the medico-legal principle of beneficence. The athletic population may be negatively affected by screening misinterpretations as their inclusion or exclusion is often in the hands of the medical staff. We should be reminded to act in the best interest of the health of the athlete. Considering the misinterpretation of screening, it is then not in the athlete’s best interests to be excluded because they display a valgus knee during landing due to anterior cruciate ligament injury risk. A proposed best interest view would be to address the underlying movement deficits by making a collaborative decision with the coach and athlete to spend time outside of training hours addressing the observed movement dysfunction.

To screen or not to screen?

While understanding the difference between association and prediction before applying either is the take home message from the literature debates, clinicians may be left feeling uncertain about continuing to screen athletes as part of their practice.

Throughout the open letters in response to Bahr’s original article [1], all the authors agree that there is certainly a place for screening in sports medicine. Some of the positive outcomes include:

1. Providing an opportunity for medical staff and athlete engagement, and an entry point for the athlete into the medical system.

3. Address previous injuries comprehensively and identify athletes who require additional rehabilitation in the off season.

These demonstrate the fact that screening is a valuable exercise when used to address athlete specific impairments and has a value above and beyond injury prediction.

A paradigm shift towards injury prevention may be the solution we have been looking for by using prediction. The proposed four step strategy by Willem Van Mechelen for injury prevention was published in 1992 and is still used widely today [5]. The model aims at: identifying the burden of injury, recognizing mechanisms of injury, applying an intervention, then reassessing the injury epidemiology. Another proposed solution towards injury prevention is illustrated in the context of hamstring injuries in football. It has been proven that isokinetic dynamometry is not a predictor of hamstring injuries in football [4], yet many teams will send their athletes for testing during pre-season. If the primary aim is to identify the possibility of injury, again, it might be of greater benefit to implement a blanket prevention strategy. The “Nordic Hamstring Protocol” is widely recognized as a validated hamstring injury prevention protocol. Unfortunately, it has also been reported that the protocol is poorly adhered to in practice. Through the scope of a cost benefit model, if the aim is to reduce the amount of hamstring injuries, and it is at very little cost to implement the protocol, then all the athletes involved should receive the intervention as a priority before the team or flagged athletes be measured with isokinetic dynamometry.

While the concept of predicting injuries appears to be more fiction than fact, we side with Bahr[1] in affirming that the screening of athletes will not predict injury. There is however, emerging evidence that in future we may move away from risk factors towards recognizing injury patterns [6], because of the ‘reductionist’ lens through which risk factors views the inherently complex and multifactorial nature of injuries.

The role of screening should not be vilified as it provides valuable interaction between clinician and athlete, as well as an opportunity to collaborate with coaching staff to optimize athletic performance. However, we recommend that clinicians be advocates for the evidence in this instance and understand the fundamental differences between association and prediction from a statistical point of view when making decisions based on screening.